Jarjeer is often used in mesclun seed mixes due to its prolific growth and bolder flavor than other greens. Plant in early spring or early fall for a 6- to 8-week harvest of young leaves. Since the seeds germinate quickly in good soil and seedlings can tolerate a light frost, consider covering plants with cloches or row covers! Jarjeer is not fussy about soil quality and is therefore an obvious option for grow bag gardens. Jarjeer's young leaves are extremely tender and are best consumed fresh in salads or on sandwiches. New older leaves are also delicious, and they make excellent additions to stir-fries, egg dishes, and soups. They should be applied at the very end of the cooking process. The delicate flowers can be scattered on salads or soups, tossed on sandwiches, or even added to beverages.

Planting and care of Jarjeer

Jarjeer grows so quickly that a single application of a high-nitrogen fertilizer at planting time, such as Azospirillum Nitrogen Fixing Bio Fertilizer, Phospho Bacteria Biofertilizer, or rich compost mixed into the soil, is usually sufficient. Additional feeding is necessary if the leaves are pale green and undernourished, as occurs occasionally in depleted soil. For Jarjeer, as with other leafy vegetables, nitrogen is a critical nutrient.

Jarjeer's short and early growing season ensures that you'll miss the majority of insect infestations in the spring, but not necessarily if you replant in late summer. Slugs , flea beetles, aphids, and  moths all prefer Jarjeer plants. Watch out for insect eggs and manually delete any that you come across. Aphids may be sprayed with water to remove them. Use beer traps, diatomaceous earth, or another common approach to keep slugs away from the tender leaves.

It turned out to be a pretty decent yield 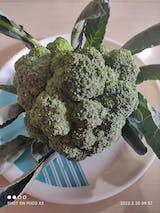 Almost all the seeds have germinated.
Very happy with the purchase. Yet to see the yield.

germinated well. almost all seeds .should wait for the final result.

The seeds I purchased from seed2plant has germinated after 5 days. Thankyou Seed2Plant

I got 10 plant grow bags.vegetable and flower seeds .can see the products are good