FREEDOM SALE: Get 7% OFF Sitewide. Use Code FREEDOM Soybean, Glycine max, is an annual herbaceous plant in the Fabaceae family cultivated for its edible seeds. Typically, the soybean bush is an upright shrub with woody stems and alternately arranged leaves. The leaves are composed of three distinct leaflets that are oval or lance-shaped and grow to a length of 3–10 cm. The soybean plant produces tiny white or purple flowers and curved seed pods containing between one and five seeds. The seeds may be yellow, green, brown, black, or a mottled mix of these colors. Soybean is an annual plant that grows for just one season and reaches heights of 0.2–1.5 meters.

Soybean seeds can be used to produce flour, dairy alternatives such as milk, margarine, yogurt, and meat alternatives such as veggie burgers. Both seeds and pods may be used to extract oil, and the by-product of the extraction is used as animal feed. The oil extracted from the plant is used in various items, including paint, linoleum, and soap. Soybean is also a cover crop that is cultivated for animal fodder or hay.

Soybeans are used in various applications, including soy milk, soy sauce, and soy oil, and there are lots of ways to add them into your diet.

Planting and Care for Soya Beans

Maintain an even moisture level in planting beds before soybeans break through the soil. Regular watering is necessary during flowering and pod forming. Avoid overhead watering, which can result in the loss of flowers and pods. Mulch when the soil temperature rises above 16°C to preserve moisture. Before planting, amend planting beds with aged compost. At mid-season, side-dress soybeans with aged compost. Avoid fertilizing planting beds with nitrogen-rich fertilizers. Soybeans, like other legumes, establish a mutually beneficial relationship with soil microorganisms known as nitrogen-fixing bacteria to generate the nitrogen compounds needed by the plant.

A range of pH between 5.8 and 6.2 is optimal. The best soil is well-drained and wet. For every 3m of a row, use 1 cup of full organic fertilizer. Nitrogen overload in fertilizer or manure is often to blame for weak pod set and delayed maturity. If beans flower but does not set pods, a zinc deficiency may be the cause. Consider applying a kelp-based fertilizer to the plants. Diseases thrive on wet leaves on crowded plants. Thin plants to improve air circulation and prevent touching wet leaves.

When the pods are fresh, full, and plump, harvest soybeans are usually 5-7cm long and about half mature. Soybeans are ready for harvest 45 to 65 days after sowing for shelling and new use. Dry soybeans take at least 100 days to mature. Soybeans mature simultaneously; harvest the entire plant and hang it upside down to dry. Once the pods are fully dry, shell the beans.

Soybeans should not be eaten raw as they contain trypsin inhibitors that hinder protein digestion. Blanch green soybeans for a few minutes in boiling water before plunging them into an ice-water bath. Before eating, cook sprouted beans for at least 5 minutes.

Avoid handling soybeans that are damp or heavily dew-covered; this can result in fungus spores. Maintain weed-free planting beds; cultivate carefully around soybeans to avoid disturbing the plant's shallow root system. Mulch to retain moisture in the soil until it has warmed. Rotate soybeans and other legumes into the soil to add nitrogen.

Container cultivation. Although soybeans can be grown in containers up to 8 inches deep, the amount of space needed to produce a harvestable crop makes them an unsuitable crop for container growing.

Stem rot of Rhizoctonia Rhizoctonia solani causes damping-off of seedlings by girdling the stem with red-brown lesions; lesions or cankers may also be present on the stem of older plants, resulting in the plant's mid-season death.

The stem rot of Sclerotinia Sclerotinia sclerotiorum causes the plant's upper leaves to wilt and die; leaves turn a gray-green color and dry out; water-soaked lesions on stem nodes change color from tan to white; lesions can girdle the stem, allowing infection to spread to side branches and pods; cottony white mycelial growth occurs on all infected plant sections.

Downy mildew causes yellow or pale green spots on the upper surfaces of leaves that expand and coalesce into yellow patches; lesions can turn gray-brown to dark brown with a yellow margin; fuzzy tufts of gray-purple mold grow on lesions on the underside of leaves; pod infection may result in seeds being covered in masses of white mycelia despite the pods exhibiting no external symptoms.

Armyworms, Beet armyworm larvae that feed on soybean leaves, and cucumber beetles are among the insects that attack the plant.

The following steps must be taken as a management strategy:

B
B. Naveenkumar (Tirupur, IN)
Highly recommend

This is the first time i order the seeds from seeds2plant. I've receive the seeds 2 days before the delivery date. Good packing, very fast germination, I can't wait to see the my plants vegetable. 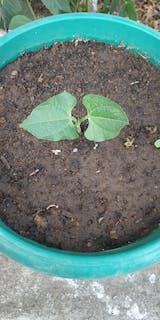 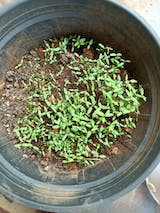 The seeds germinated easily, and the seedling are healthy. 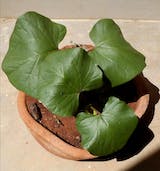 all of them germinated quickly. growing well. will keep updating.