Quick 24 Hour Dispatch
Free Shipping for all orders above ₹499. Delivery in 5 to 7 business days

Watermelon is a big fruit that is roughly spherical. It is usually served raw as a dessert at the table. Its flesh is sweet and reddish or yellowish. It is a very refreshing food with a low-calorie count. Additionally, it contains vitamins and minerals. Watermelon is a big fruit with a diameter of up to 25cm and a weight of up to 15kg in some cases. It has a circular or spherical shape and a smooth, dark green rind with irregular areas of pale green color. It has yellowish or reddish flesh that is sweet, juicy, and refreshing, with numerous black, brown, or white pips. Recently cultivated crops have altered this classic trait, bearing seedless fruits, yellow pulp varieties, or smaller watermelon. Watermelon is most commonly consumed raw, in slices, thirds, or even small balls. It is used in the preparation of sherbets, purees, and jams. In Russia, watermelon juice is used to make a very famous wine. In some countries, the pips are roasted or salted before consumption.

Planting and Care for Watermelon

The most common watermelon pests are leaf-eating beetles such as spotted and striped cucumber beetles, as well as pumpkin beetles with or without dots.They all look the same and do the same thing: they eat your watermelon plants. However, if they become a serious issue, it is usually a warning that your watermelons are under stress.

A safe watermelon grown in a well-balanced climate with good soil does not attract a large number of beetles. A watermelon should also be able to withstand a few beetles. The other major issue with rising watermelons is mildew, a fungus that causes the leaves to appear covered in white powder. The fungus thrives in moist, humid environments.

The only thing you can do to prevent mildew is to keep the leaves dry. If you must water from above, do so first thing in the morning to allow the leaves to dry quickly. Never water the leaves in the late afternoon or early evening.

I have received watermelon seeds in good condition, well packed. 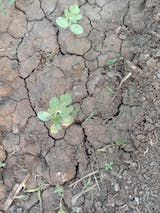 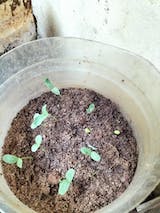 A
Altaf Hassan (Delhi, IN)

I just sowed my seeds 2 days ago. Will review after a few days. Thank you